Microsoft says it will stop supporting Windows 10 in 2025, as it unveiled a major revamp of its Windows operating system in June 2021.

When Windows 10 was launched, Microsoft said it was intended to be the final version of the operating system.

But from 14 October 2025, there will be no new updates or security fixes for either the Home or Pro versions.

And Microsoft says its successor will represent one of the "most significant updates" to the OS in the past decade.

Its predecessor, Windows 7, was retired in 2020, although businesses could pay Microsoft to continue receiving updates for Windows 7 Professional and Windows 7 Enterprise.

Windows 10 was released in July 2015 and dubbed "Windows as a service", which meant the software was gradually updated at no extra charge, rather than the company releasing a new version of its OS every few years.

At the time, chief executive Satya Nadella said it marked a "new era" for personal computing.

And Mr Nadella added he was particularly "excited" by features such as digital personal assistant Cortana, which was intended to compete with Apple's Siri.

But Cortana never really took off and in April this year it was retired on mobile, focusing instead on productivity help in Windows 10, Outlook and Teams.

Mr Nadella and chief product officer Panos Panay launched the new OS at a virtual event on 24 June, with Microsoft now facing stiff competition not just from Apple but also from Google.

While PC sales still dominate - 79.4 million shipped in 2020, according to Gartner - Google's alternative is proving popular, with 11.7 million Chromebooks, which run on Google's Chrome OS, shipping in the same timeframe.

Windows 10 has been with us for over six years now. We feel that its easy to use and on our machines there have been very few issues  In addition it still feels robust.

You can get the latest update, 21H2 here.

We recommend upgrading to Windows 10, especially if running Win7 as support for Win 7 expired on 14th January 2020.

Windows is now more than just an operating system.

Microsoft believes the future of Windows is as a platform for all. Like Android, the strength of Windows is in the thousands of companies that develop for it and use it in their products.

That's why Windows 10 is no longer just an operating system for 32 and 64-bit PCs. It will also run on the ARM platform for smaller tablets and smartphones.

Like Windows XP, Vista, 7 and 8 before it, Windows 10 is part of the Windows NT family. 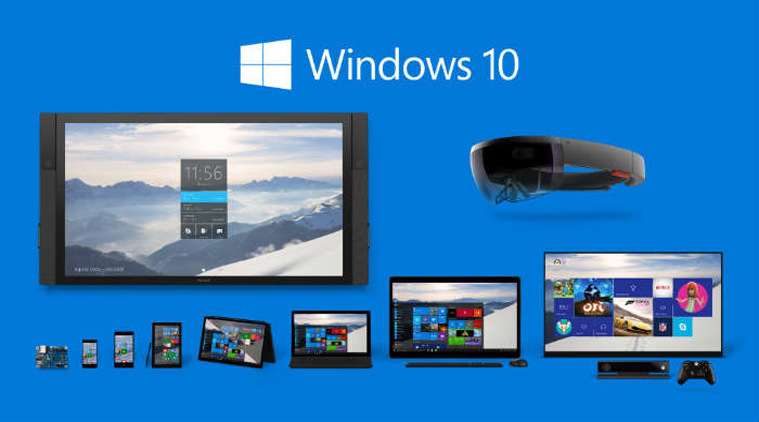 It’s been over six years since the consumer launch of Windows 10. Microsoft pulled no punches in attempting to accelerate the adoption of this new PC operating system by providing free upgrades for Windows 7 and Windows 8 users. There has not been an operating system since Windows XP with as steep a migration curve as Windows 10.

More than 1.3 billion active devices are running Windows 10 which has around 82% of the takeup for Windows PC's. The latest version is 21H2.